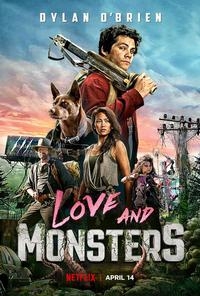 Seven years after a monsterpocalypse forces all of humanity to move into underground colonies, Joel Dawson watches his fellow survivors pair off. He decides to brave the surface and face the monsters standing between himself and his high school sweetheart Aimee. Along his dangerous journey, Joel makes unlikely friends including a heroic dog and a pair of survivalists who help him survive the monster-infested road to true love.